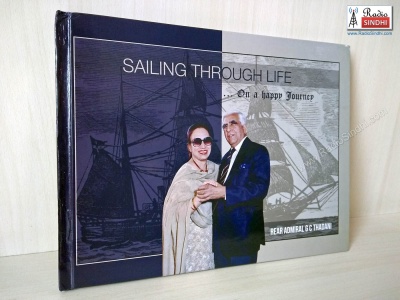 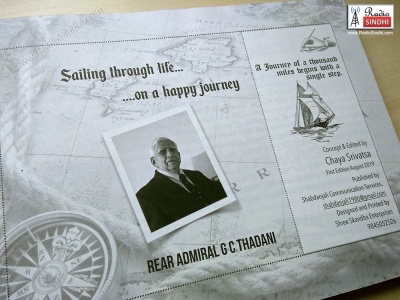 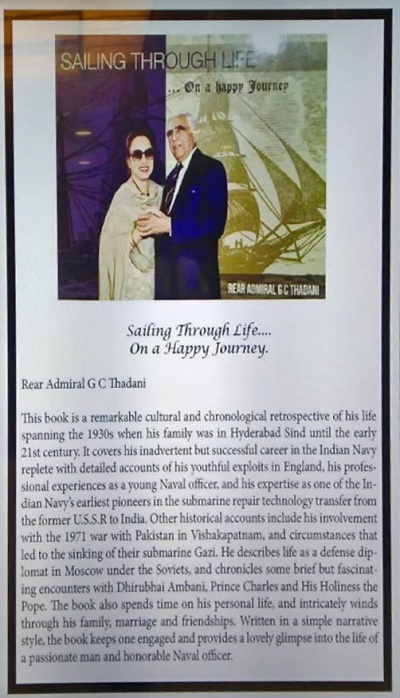 Sailing Through Life on a Happy Journey Book

Real Admiral GC Thadani released a book on his life with the title "Sailing Through Life On a Happy Journey" on 30-July-2019 at Cricket Club of India, Colaba, Mumbai India.

This book is a remarkable cultural and chronological retrospective of his life spanning the 1930s when his family was in Hyderabad Sindh until the early 21st Century. It covers his inadvertent but successful career in the Indian Nave replete with detailed accounts of his youthful exploits in Englad, his professional experiences as a young Navel officer, and his expertise as one of the Indian Navy's earliest pioneers in the submarine repair technology transfer from the former U.S.S.R to India. Other historical accounts include his involvement with the 1971 war with Pakistan in Vishakapatnam, and circumstances that led to the sinking of their submarine Gazi. He describes life as defence diplomat in Moscow under the Soviets, and chronicles some brief but fascinating encounters with Dhirubhai Ambani, Prince Charles and His Holiness the Pope . The book also spends time on his personal life, and intricately winds through his family, marriage and friendships. Written in a simple narrative style, the book keeps one engaged and provides a lovely glimpse into the life of a passionate man and honorable Naval Officer.