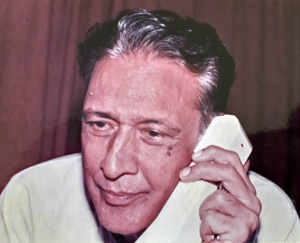 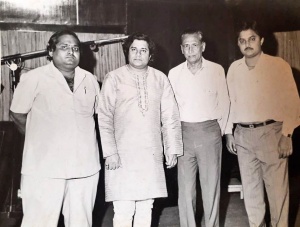 C Arjun was born in Karachi, Undivided India on 1 September, 1933 in a Sindhi family. His real name was Arjun Parmanand Chandnani. His family migrated to Baroda after the Partition. His father who was a singer, gave musical training to him. He began his career in the film industry as an assistant to composer Bulo C Rani who was also a Sindhi.

On 30th April 1992, at Sterling Studio, Mumbai when he was recording a Sindhi song, he suffered a cardiac attack and left for heavenly abode.

As per Laxman Das Gehi (Lachu Gehi), C Arjun also created music for the songs of the drama "PALOU PALI". This was directed by Anand Matai & actors were Madan Jumani & Shashi Bolakani. This was 1st time in the history of Sindhi Drama where all the songs and Background music was recorded in a Studio.

As a composer he gave music to many Hindi & Sindhi Films