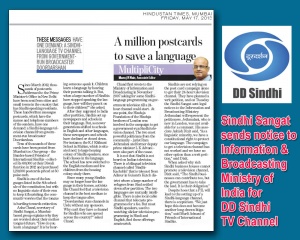 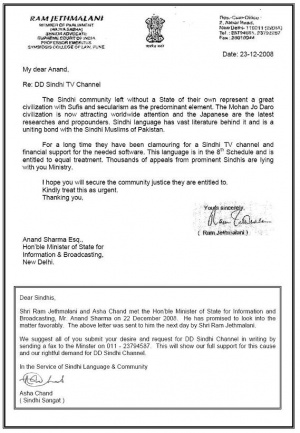 From year 2007, lots of efforts were put in the form of post cards, letters to Prime Minister of India. Personal Meetings with Sonia Gandhi & PM Narendra Modi also didn't move anything. When All the efforts failed to claim such 24/7 Sindhi Channel, Sindhi Sangat Group filed a case on Government of India on 4-Sept-2015. This case is going on from long and now there is sign of some acceptance by Government to grant Sindhi Community DD Sindhi Channel.


Dada Ram Jethmalani will fight for DD Sindhi with Govt. of India