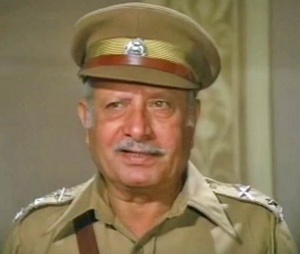 Hari Shivdasani was Sindhi from Karachi and had migrated with his family to Mumbai at the time of partition of India in 1947. Hari Shivdasani was married to Maria Shivdasani, a British Christian. The couple had two daughters. Babita, elder one is an actress, and is married to actor Randhir Kapoor (elder son of Raj Kapoor), and the youngest, Meena Advani, is the owner of Power-master tools Pvt. Ltd. & Powermaster Engineers Pvt Ltd. The late actress Sadhana Shivdasani was his niece. Hid daughter Babita daughters Karishma Kapoor and Kareena Kapoor. both are in Bollywood. Kareena Kapoor is married to actor Saif Ali Khan.

Hari Shivdasani's acting career spanned over 50 years during which he appeared in more than 70 movies. He is well known for his epic role in the Sindhi Movie Abana Movie in year 1958.