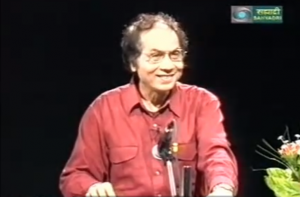 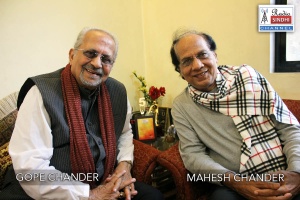 Mahesh Chander was born on 30-Sept-1942 in Tharushah, Sindh (Now in Pakistan). After Partition he settled in Mumbai, India.

Mahesh Chander younger son of Master Chander is Singer, Poet, Composer and true successor of legacy. He started his Music education at early age where Master Chander use to take him at various programs. Once he also took him to HMV studio and got his album recorded. Mahesh Chander has then shown great skills in Sindhi Music, Urdu Ghazals & classical Music. His voice has same weight and voice quality like his father. He is known to be the Singer with Velvet Voice.

Then HMV signed contract with Mahesh Chander for 12 years to record Music with them. He sung Ghazal for movie "Maikhana". He gave his voice for ghazals in about 25 movies.

While Master Chander was still in profession when, Mahesh Chander started taking trips abroad on his own. He visited Honk Kong, Japan, Manila, Singapore, Jakarta, Colombo, London, Spain, Dubai, Africa, America and Canada. He visited abroad about 40 times to perform on various events.

This song touched new heights in voice of Mahesh Chander, because his voice is husky enough and he while he sings his red teeth diped in Paan and smiling lips and dancing eyes. He immerses himself in song while singing.