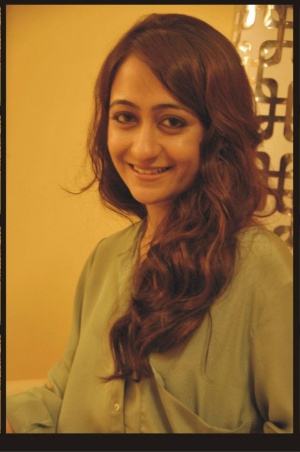 Nitu Jiwnani born on 20-July, in Ulhasnagar, Mumbai. She is born in Sindhi Family and an Actress by profession.

Nitu did her schooling from Bhavans school in Gujarat and then moved to Mumbai where she studied Bachelors of Mass Media at the Mumbai University. She started to act in plays from college days. Nitu Jiwnani started her career with Theater in 2008 where she acted in Munshi Premchand's stories. These were Do Kabrein, Rasik Sampadak, Aaga Peecha, Parvat Yatra, Bade Bhaisahab and many more. Since 2008 she has performed in many plays at Sathe college, Vile Parle, Mumbai. She has also performed in Gujarati commercial play alsos. One of them is Bhabhu Retire Thai Che. She has also acted in Sindhi telefilms produced by Ms Asha Chand which are Amaanat and Aakri Khat. These telefilms were released on DD Girnar. Nitu has acted in number of TV Commercials notably Whirlpool-ek jodi kapda, Just Dance Promo, Hippo Chips, Zeal Raincoat and Ramdev Masaala.

She is playing Sweety in a Sindhi Film "Halyo Aa Putt Actor Thiyan".Halyo Aa Putt Actor Thiyan is a Romantic Comedy. Story will give you very much feel like a Bollywood movie. Lalu (Pradeep Lalwani), a small town boy comes to Mumbai to become big star in Movies. He meets Sweety (Nitu Jiwnani) co-star and falls in love. There is another parallel story going along full of surprises and climax. Watch the movie to know what is that story releasing in April 2012 all over India.

She is playing Jiah in upcoming Bollywood film Dot Dot Dot.Dot Dot Dot is a first friendship based film on HIV.

Plays she has acted