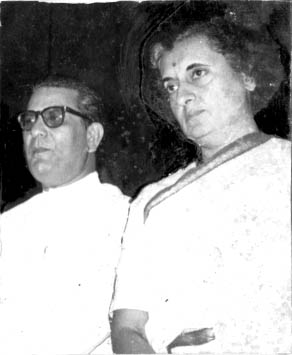 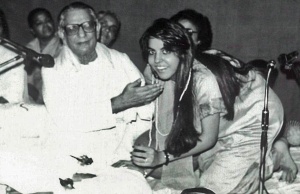 Professor Ram Panjwani born on 20-Nov-1911 in Ladkana, Sindh (Now in Pakistan). He was awarded Padma Shree award by Indian Government in 1981.

Sindh have the fame of being the land of Saints, Darveshs, fakirs, poets and personalities larger than life. The day of 20th November 1911 is written with the golden ink in the history of Sindh and Sindhis as on this day the great poet, singer, Bhagat and educationist Prof. Ram Panjwani was born at Larkana Sindh, in the family of Diwan Prataprai Panjwani, the famous zamidar family of the area. As the family was closely related with culture of the Sindh so this family atmosphere helped the kid to develop an attitude for the specific vision towards literature and culture of Sindh. Being part of zamidar family soon he learned the importance of heritage so become more conscious for preserving rich heritage and spiritual ideology of Sindh and Sindhi community. Prof. Ram Panjwani was a great writer and true worshiper of Sindhi literature and culture. Beside the mother tongue, Persian, Hindi, English, Urdu and Punjabi were the other languages well known to him. He Joined D. J. Sindh college Karachi as a teacher after completing his B. A. from Bombay University in the year 1934.After the partition family shifted to Bombay [Mumbai] and he joined Jai Hind college as the Head of sindhi department. soon he joined Bombay university as the first reader and went on become Head of sindhi department [from 15-06-1974 to 19-11-1976].