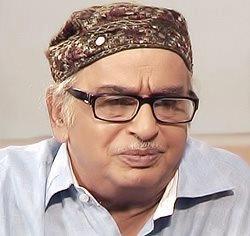 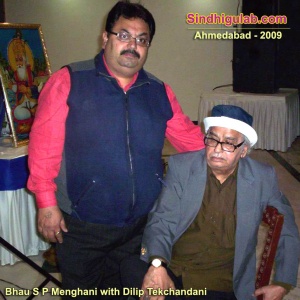 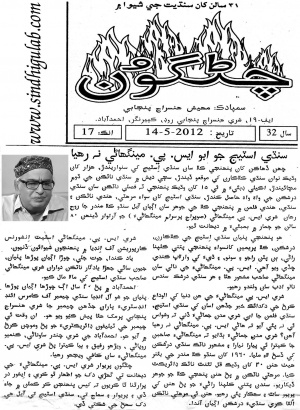 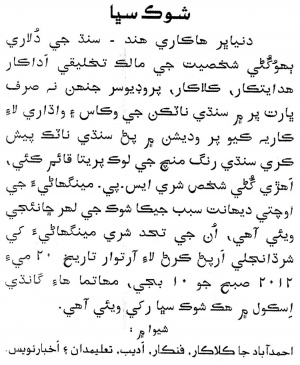 Popular Plays directed by him

Recognition By Way Of Award/ Honours

S.P.Menghani is in the theatre field for more than 50 years. He is versatile, talented and much sought after artiste. After partition of the country, he was the first to direct full length Sindhi play in association with cine artiste Bhudo Advani, titled as Under Secretary. He formed the famous Sindhu Kala Mandir and all plays have been staged under its aegis.

One of the most versatile artistes of Sindhi stage, Menghani started his career as a Radio artieste. A simple & unassuming person, Mengahni has proved his mettle as a competent Director of Sindhi drama. He has also acted in numerous Sindhi, Hindi plays & T.V. serials. His memorable role in Yaad Kanda is a landmark in his stage career. H ewas one of the founder members of Sindhu Kala Mandir, which was instrumental in popularising Sindhi drama after partition.