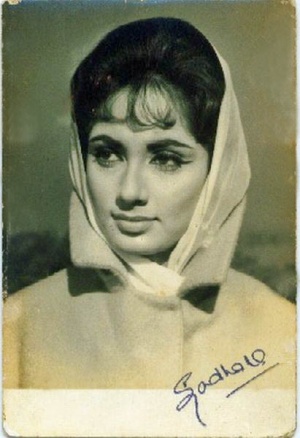 Sadhana Shivdasani (2 September 1941 – 25 December 2015) mostly known as Sadhana, was a famous Indian actress who was one of the top actresses in the 1960s and the early-1970s, a period regarded as Bollywood's "golden era". Sadhana is niece of Hari Shivdasani.