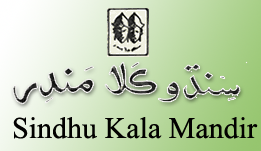 Sindhu Kala Mandir, Pioneer of Sindhi stage has staged a variety of full length plays from 1961 till date. This has been made possible because of its talented artists. technicians & organizers, who have dedicated their lives for the upbringing of Sindhi Language. It is well-known fact that the present generation has lost interest to read in Sindhi language. We have tried to preserve our language and keep its torch burning by staging Sindhi Dramas at regular intervals so that people do not lose the touch of speaking this great language.

Sindhu Kala Mandir, besides staging shows all over India, has also had the opportunity of performing shows in Dubai, Hong Kong & Singapore much to the delight of Sindhi Community there.

It is on our footsteps that other Sindhi Drama Groups are trying to gear themselves up to enrich our culture.