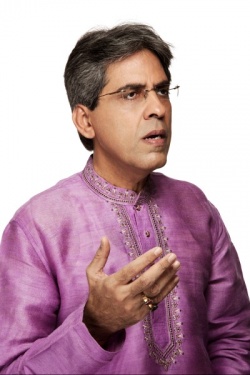 Ghansham Santdas Vaswani born on 24-8-1954, in Mumbai, Maharashtra, is artiste of Akashwani and Doordarhsan, Ghanshyam has given several outstanding performances. He has traveled to number of countries all over the world. He was also invited at Sindhi Sammelans held in U.S.A. He has sung and composed music for the popular Dance Ballet in Sindhi “Sindh Muhinjee Amma” (Sind Is My Mother). He is much sought after artiste at most Sindhi cultural programme. After having initial training from his father Santdas Vaswani (who was also a great Sindhi & Shastrya Singer), he received further comprehensive training from renowned stalwarts, like Ghazal Samrat Jagjit Singh, Sushila Pohankar and Pt. Rajaram Shukla. He is also a renowned Urdu Ghazal singer and has won several laurels.

In addition to the above Ghansham has also been felicitated / honoured by several Panchayats/ Associations all over the country and abroad.